Marijuana And The Developing Brain 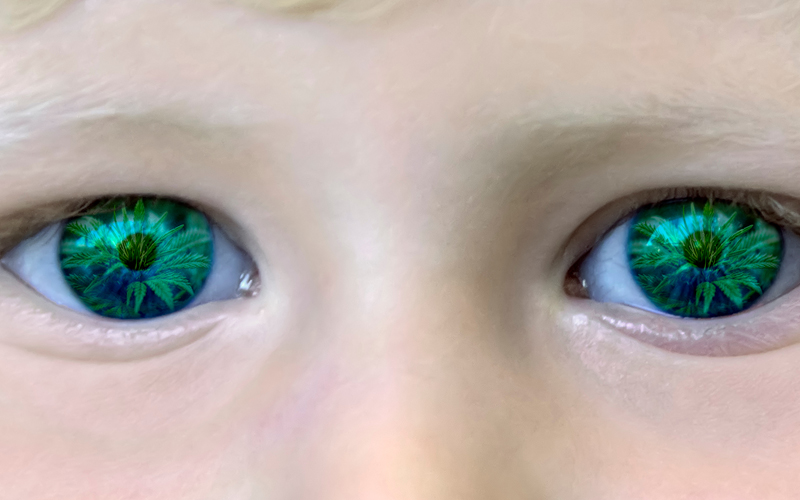 Originally from the Indian and Chinese foothills of the Himalayas, Cannabis Sativa has long been used for ritual ceremonies and for its therapeutic properties. It is smoked in the form of dried leaves, which is called marijuana, or in the form of resin, hashish.

Today, cannabis has become the most widespread illegal drug in the world with more than 160 million people using it. Due to the legalization of cannabis in Canada, the drug will be more and more available to the general population, including our youngsters. Will this lead to a potential threat to young people? What is the effect of the drug on a developing brain?

Cannabis and the nervous system

Thanks to several scientific studies conducted around the world, the relationship between cannabis and the nervous system is becoming increasingly clear.

The nervous system relies on communication between neurons to pass information. The specific structure between neurons is called synapse. The upstream neuron releases neurotransmitters into the synapse, and the receptors of these neurotransmitters at the other end of the synapse bind to them and pass the signal to the downstream neuron. To act, cannabis hacks the brain's communication system.

In the early 1990s, scientists discovered that cannabis interacts with some of these receptors in synapses. In other words, our brains make molecules that look like some active ingredients of cannabis. These molecules form the endogenous cannabinoid system. This means that our brain contains specific receptors to receive phytocannabinoids, the active ingredients of cannabis!

The most potent phytocannabinoid in cannabis is tetrahydrocannabinol (THC).

The consumption of THC causes the secretion of dopamine, hence the euphoric feeling. Therefore, regular consumption increases the risk of dependence.

Scientists have observed a strong correlation between addiction and the risk of developing neurological problems:

• Loss of reflexes and short-term memory.

• In the long-term, consumption affects the stability and balance of the mind.

As mentioned above, THC disrupts communication between neurons. Long-term cannabis use can cause psychological disorders such as depression and even schizophrenia in extreme cases.

Cannabis and the adolescent brain

Scientific research over the past 15 years has proven that the human brain continues to develop until a person reaches his early 20s. During adolescence, the brain continues to undergo vital developmental processes. Complex behavioral and cognitive skills emerge. Recent findings suggest that deficits in learning and memory following adolescent drug use endure into adulthood, well after drug exposure has subsided.

One of the most important psycho-active chemicals in cannabis is delta-9-tetrahydrocannabinol (delt-9-THC). It stimulates the endogenous cannabinoids receptors and modulate the secretion of gamma-aminobutyric acid and glutamate within the central nervous system. These two neurotransmitters have significant neurodevelopmental effects on the brain. Exogenous THC from cannabis consumption “floods” the receptors and leads to toxic changes of the neurons. The frontal cortex, responsible for executive functions, such as judgment and decision making, is undergoing rapid change during development. Therefore, it is more susceptible to THC.

Structural changes on MRI have been documented in youth who consume cannabis regularly. Lower brain volumes, different folding patterns and thinning of the cortex, as well as less neural connectivity and lower white matter integrity indicate damages by THC. What’s more, functional MRI demonstrated increased neural activity when performing tasks, indicating the brain has to work harder to compensate for altered integrity. In addition, THC disrupts the proper functioning of the hippocampus, a very important brain structure that is responsible for establishing memory. Therefore, THC not only affects short-term memory but also learning because the new information does not pass through the hippocampus.

More and more studies have proven that cannabis use during adolescence disrupts the brain’s maturation and leads to cognitive disfunction. Two recent studies involving sets of twins indicated that the IQ scores of cannabis users declined significantly over time comparing to their non-cannabis-using twin. Not only learning skills, but also some high executive functions, such as decision-making skills, concept formation and planning skills are compromised. There are studies reported that cannabis users are less likely to complete high school.

Let us protect our children from the harmful effects of cannabis use. There should always be a transparent and direct discussion with adolescents, making them aware of what smoking marijuana means to their health and future. At the Stop Centre, we have professionals to help you and your child on this issue. The effective soft laser Stop Soft DrugsTM treatment and personalized consultation provided by our professionals will certainly help you to bring a brighter future to your child.