How to Detect and Treat Cocaine Addiction

Marijuana And The Developing Brain 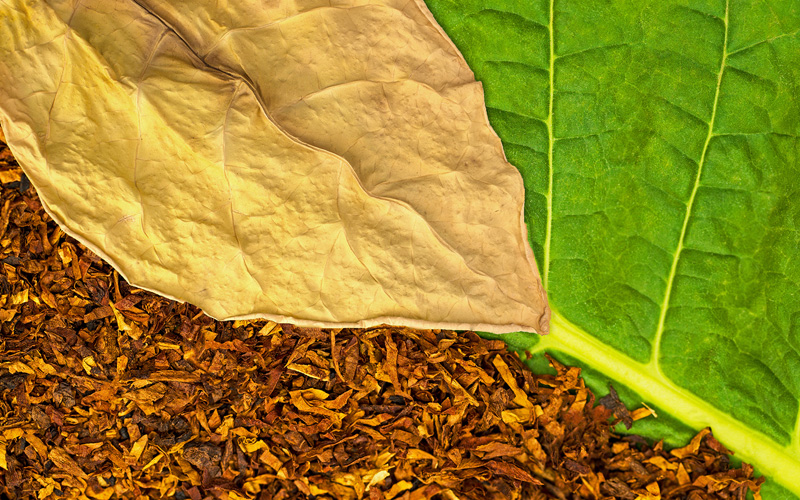 Tobacco is a tropical plant native to South America. There are 68 tobacco species in the world, the best known and most cultivated is called Nicotiana Tabacum. The particularity of tobacco is the way the plant matures. It actually matures from below upwards. This suggests harvesting the leaves from the bottom of the plant first. A tobacco plant carries an average of 18 leaves only. The harvest time is several days or even weeks until all the leaves are matured. Following harvest, the leaves are sorted according to their position because the concentration of nicotine varies. In fact, the top leaves have a higher concentration of nicotine than those at the bottom.

Once sorting is complete, the leaves are dried immediately, with hot air and/or fire depending on the type of tobacco, to reveal the flavors of the tobacco and prevent them from rotting.

Nicotine is a toxic alkaloid and is a psychoactive substance known for its anxiolytic, antidepressant and appetite suppressant properties. Inhalation of this substance causes systematic stimulation by acting directly on the nervous system triggering a strong dependence.

Nicotine is increasingly present in the environment at significant doses, including aquatic, from billions of butts exposed to rain, thrown into the water or gutters1.

What other components does the cigarette contain?

It is important to note that nicotine does not cause cancer. Nowadays, the cigarette industry is, unfortunately, using more and more extremely harmful chemical ingredients. It is precisely these chemicals, present in tobacco, which are at the origin of several tumors. It is estimated that a cigarette contains on average 7000 components!

Some of them come from the tobacco plant itself while others are added by the manufacturers or generated by the combustion when the tobacco products are smoked. The components of tobacco have multiple sources, but they all have one thing in common: they affect the health of all those who consume them2.

A cigarette is mainly composed of carbon monoxide, tar (a substance used to asphalt streets, among other things), ammonia, acetone, arsenic (an extremely dangerous substance in pesticides and rat poison!), Benzene (its smoke reaches cells by changing their DNA) hydrogen cyanide and formaldehyde.

What are the harmful effects of smoking?

As mentioned above, tobacco naturally contains nicotine. This substance acts directly on the consumer's nervous system through the lungs, circulating in the blood and reaching the brain 7 seconds after inhalation.

More than a third of cancers are directly linked to smoking. Indeed, the main cancer of smokers is that of the lungs. Smokers also face other risks of cancer including mouth, throat, esophagus, intestines and many others. In addition, tobacco increases the heart rate, blood pressure and deteriorates the arteries. As a result, a smoker will be more likely to have cardiovascular disease. Finally, the smoker is at risk of developing lung diseases such as emphysema and bronchitis.

The other form of consumption is called "passive consumption". In fact, people who live or who are often with smokers are 27% more at risk of a heart attack and 25% more likely to develop lung cancer than someone who is not exposed to tobacco smoke daily.3

On the other hand, smoking and the contraceptive pill could be an explosive mix. Indeed, the mixture of the two increases the risk of accumulation of deposits in the arteries by causing various cardiovascular diseases, among others:

In addition, women who take the pill and smoke more quickly develop cancer of the cervix by promoting the appearance of HPV (human papillomavirus).

The addiction to the cigarette is deadly. We must act as quickly as possible. Fortunately, there are institutions that provide effective natural treatments to help quit smoking. End your addiction now and contact the Stop Centres today for more information on their exclusive soft laser treatments and other natural approaches.